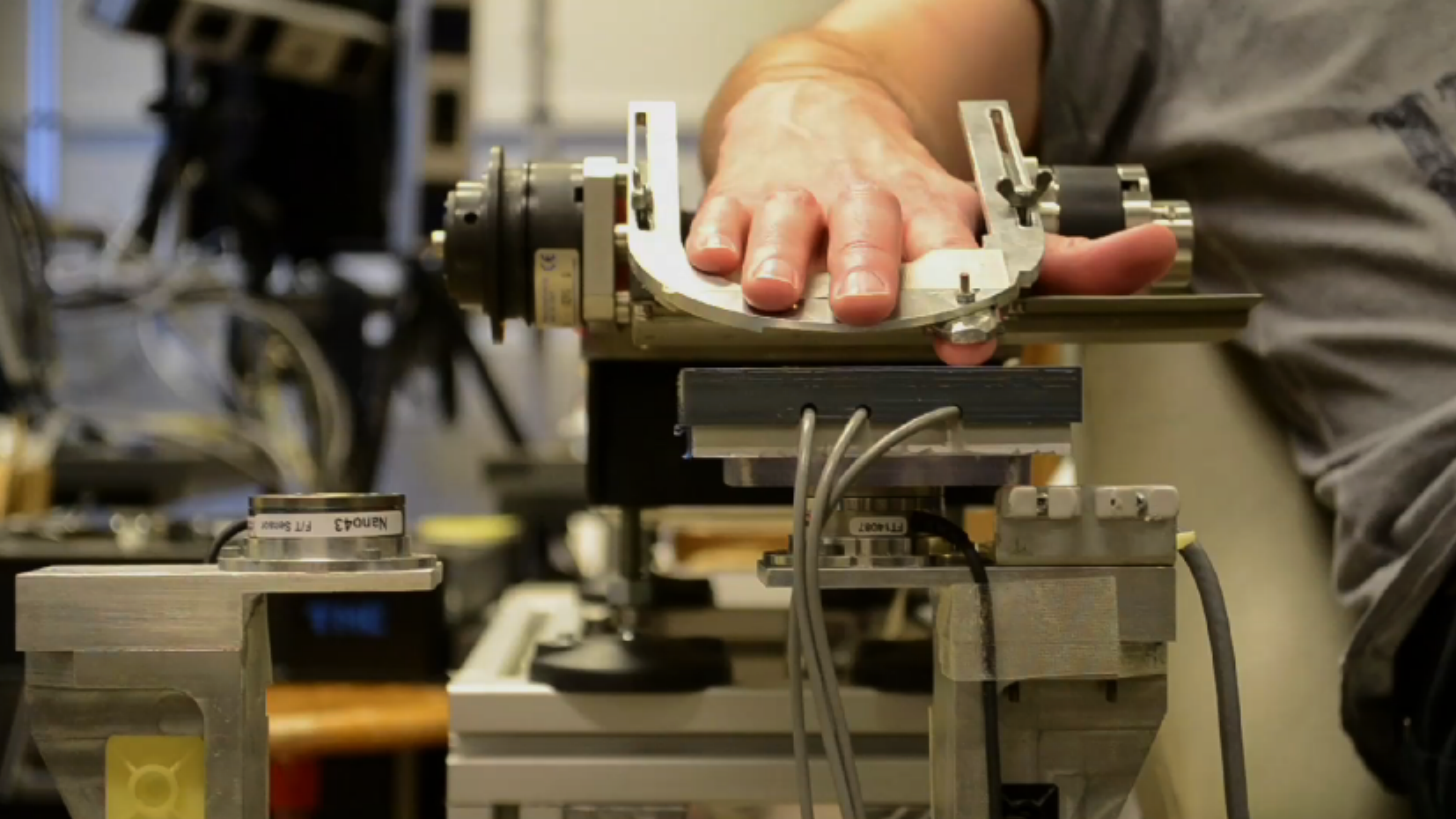 The experimental setup combines a force-controlled robotic platform for passive stimulation of the finger and an ultrasonic friction modulating device (STIMTAC) with the aim to better understand the human perception of frictional cues.

The frictional forces we experience when our body interacts with objects provide essential sensory cues that help adapt our behavior. We rely on these sensory cues daily, for example when we feel the smoothness of fabric before buying clothing, or when we slide our finger against the screen of a smartphone to move between photographs. These frictional signals are induced by the complex contact mechanics that occur at the skin–fingertip interface during tactile interaction.

Humans have been shown to be very sensitive to frictional changes while sliding the fingertip across a flat surface. Despite these observations, it is unclear how the mechanical deformations related to frictional strains are processed by different skin receptors and the brain. This project aims to quantify the respective contributions of the dynamic friction coefficient and the lateral force to the human perception of frictional cues. Although it is known that humans can easily detect changes in lateral force, little is known about human sensitivity to the coefficient of dynamic friction.

In this collaborative project, we aim to induce variations of the normal force with a force-controlled robotic platform during passive stimulation of the finger while simultaneously modulating the lateral force with an ultrasonic haptic display that can reduce the finger-surface friction. By coupling these two technologies, we can keep the coefficient of dynamic friction constant while changing the lateral force and vice versa.

The results of these experiments will show which tactile cues are used by humans to perceive changes in friction. This knowledge is important because of growing interest in friction-based haptic technologies for manipulation (e.g., in virtual reality) and for texture rendering on flat screens. These growing applications make it essential to understand which parameters are the most efficient at conveying frictional cues to the human brain.

Université catholique de Louvain
0 results
We use cookies to improve your website experience. Find out more about our cookies and how to disable them. By continuing, you consent to our use of cookies. Continue