Understanding the Physics Behind Electroadhesion 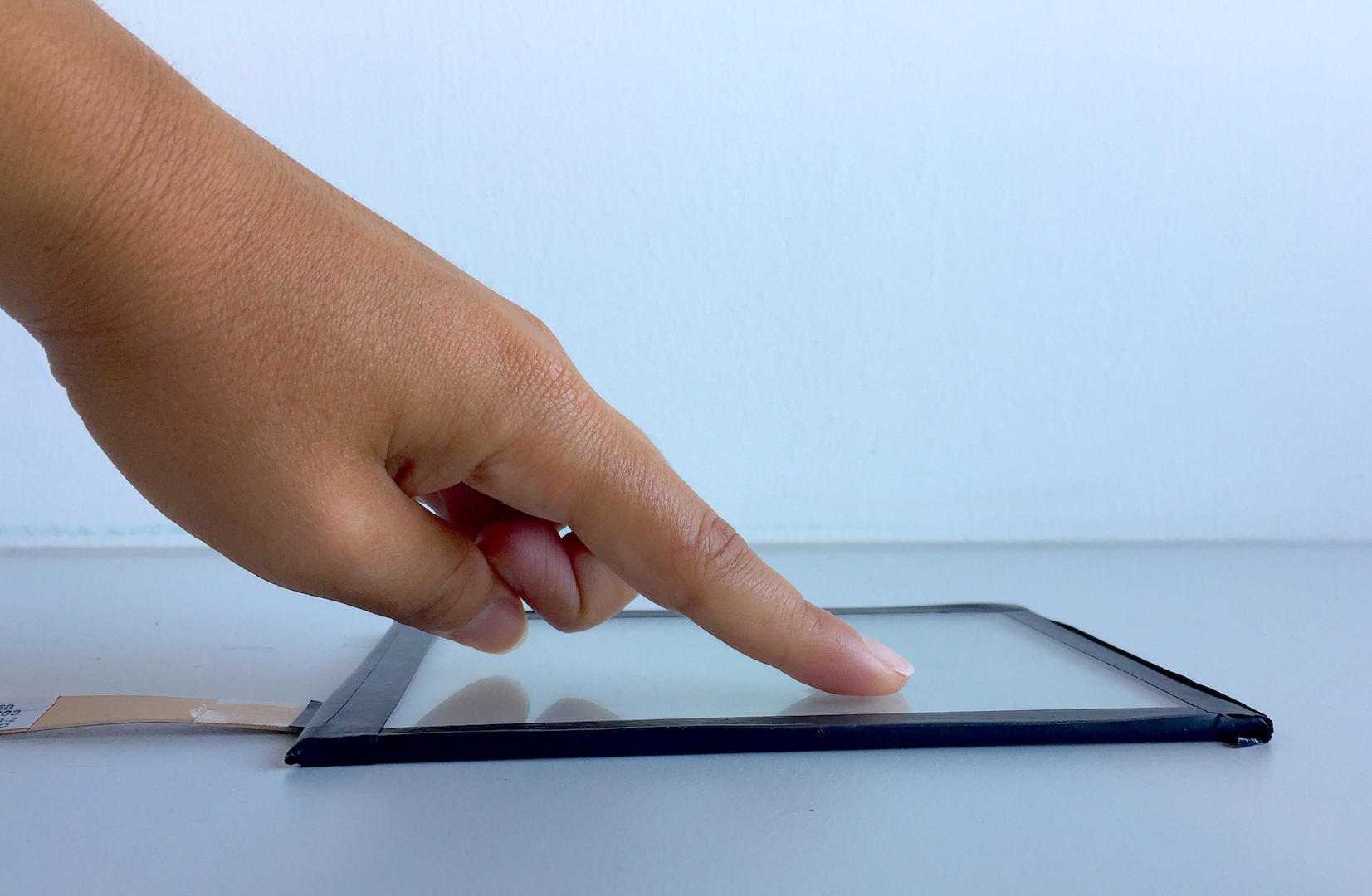 A user interacts with a surface haptic display. The friction force between the fingertip and the surface is modulated via electrostatic forces.

Researchers worldwide want to discover how to generate compelling tactile sensations on touchscreens to increase the usability of mobile devices and other interactive computer systems. One approach for generating such sensations is to control the friction force between the screen and the finger-pad of the user via electrostatic actuation.

When an alternating voltage is applied to the conductive layer of a touch screen, an attractive force is generated between its surface and the user's finger. This computer-controllable force modulates the friction between the surface and the skin of the finger moving on it, so that one can create various haptic effects. This haptic rendering approach is commonly called electroadhesion or electrovibration.

Even though it is straightforward to generate various haptic stimuli via this method, there is limited understanding of the physics behind electroadhesion, as well as its perceptual effects. This research project aims to fill this gap by conducting psychophysical experiments in tandem with physical measurements while human subjects interact with an electroadhesively actuated surface haptic display.