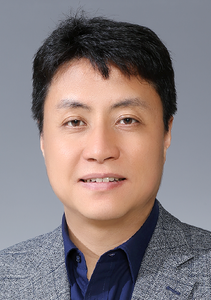 Providing rich and immersive physical experiences to users has become an essential component in many computer-interactive applications, where haptics plays a central role. However, as with other sensory modalities, modeling and rendering good haptic experiences with plausible physicality is a very demanding task in terms of the cost associated with modeling and authoring, not to mention the cost for development. No general and widely-used solutions exist yet for that; most designers and developers rely on their in-house programs, or even worse, manual coding. This talk will introduce the research conducted by the speaker in order to facilitate the authoring of haptic content. In particular, it will focus on automatic synthesis algorithms of vibrotactile effects and motion effects from audiovisual content, as well as some relevant issues in haptic perception.

Biography: Seungmoon Choi is a professor of computer science and engineering with a joint appointment from creative IT engineering at Pohang University of Science and Engineering (POSTECH) in Korea. He has worked on haptics for about 20 years with emphasis on haptic rendering and perception, publishing over 160 research papers. In particular, his research has been centered around authoring technologies and solutions of haptic content in a firm belief that facilitating the production of haptic content should precede, or at least go in parallel with, other technological advances for haptic devices and rendering software. His basic research outcomes and experiences have been applied to mobile phones, automobiles, virtual prototyping, and consumer electronics. He is the recipient of the 2011 Early Career Award from the IEEE Technical Committee on Haptics. He received the B.S. and M.S. degrees in control and instrumentation engineering from Seoul National University, Seoul, Republic of Korea in 1995 and 1997, respectively. He earned the Ph.D degree in electrical and computer engineering from Purdue University, West Lafayette, IN, USA in 2003. He is/was an associate editor of IEEE Transactions on Haptics, IEEE Robotics and Automation Letters, Presence: Teleoperators and Virtual Environments, and Virtual Reality. He also volunteered for various service roles in the haptics and relevant research communities. Major ones include: the co-chair of the IEEE Technical Committee on Haptics in 2009-2010, the general co-chair of IEEE Haptics Symposium in 2014 and 2016, and the program chair of IEEE World Haptics 2015.