Human Tactile Afferent Responses during the Onset of Slip (Talk) 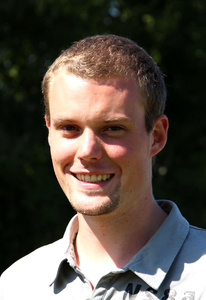 During manipulation, humans adjust the amount of force applied to an object depending on friction: they exert a stronger grip for slippery surfaces and a looser grip for sticky surfaces. However, the neural mechanisms signaling friction remain unclear. To fill this gap, we recorded the response of human tactile afferent during the onset of slip against flat surfaces of different frictions. We observed that some afferents responded to partial slip events occurring during transition from a stuck to a slipping contact, and potentially signaling the impending slip.

Biography: Benoit Delhaye is currently a FNRS postdoctoral fellow at the Université Catholique de Louvain (UCLouvain, Belgium). Before that, he was a postdoc scholar at the University of Chicago. He holds a MS degree in electro-mechanical engineering and PhD degree in applied science from UCLouvain. His research interest includes neuro-prosthetics, haptics, and neuroscience in the context of touch and sensory-motor control.