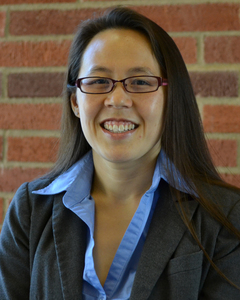 The functionality of artificial manipulators could be enhanced by artificial “haptic intelligence” that enables the identification of object features via touch for semi-autonomous decision-making and/or display to a human operator. This could be especially useful when complementary sensory modalities, such as vision, are unavailable. I will highlight past and present work to enhance the functionality of artificial hands in human-machine systems. I will describe efforts to develop multimodal tactile sensor skins, and to teach robots how to haptically perceive salient geometric features such as edges and fingertip-sized bumps and pits using machine learning techniques. I will describe the use of reinforcement learning to teach robots goal-based policies for a functional contour-following task: the closure of a ziplock bag. Our Contextual Multi-Armed Bandits approach tightly couples robot actions to the tactile and proprioceptive consequences of the actions, and selects future actions based on prior experiences, the current context, and a functional task goal. Finally, I will describe current efforts to develop real-time capabilities for the perception of tactile directionality, and to develop models for haptically locating objects buried in granular media. Real-time haptic perception and decision-making capabilities could be used to advance semi-autonomous robot systems and reduce the cognitive burden on human teleoperators of devices ranging from wheelchair-mounted robots to explosive ordnance disposal robots.

Professor Santos will be giving the same talk at our institute site in Stuttgart on Wednesday, October 24. Please click here for more information.

Biography: Veronica J. Santos is an Associate Professor in the Mechanical and Aerospace Engineering Department at the University of California, Los Angeles, and Director of the UCLA Biomechatronics Lab (http://BiomechatronicsLab.ucla.edu). Dr. Santos received her B.S. in mechanical engineering with a music minor from the University of California at Berkeley (1999), was a Quality and R&D Engineer at Guidant Corporation, and received her M.S. and Ph.D. in mechanical engineering with a biometry minor from Cornell University (2007). As a postdoc at the University of Southern California, she contributed to the development of a biomimetic tactile sensor for prosthetic hands. From 2008 to 2014, Dr. Santos was an Assistant Professor of Mechanical and Aerospace Engineering at Arizona State University. Her research interests include human hand biomechanics, human-machine systems, haptics, tactile sensors, machine perception, prosthetics, and robotics for grasp and manipulation. Dr. Santos was selected for an NSF CAREER Award (2010), three engineering teaching awards (2012, 2013, 2017), an ASU Young Investigator Award (2014), and as a National Academy of Engineering Frontiers of Engineering Education Symposium participant (2010). She currently serves as an Editor for the IEEE International Conference on Robotics and Automation (2017-2019), an Associate Editor for the ASME Journal of Mechanisms and Robotics (2016-2019), and an Associate Editor for the ACM Transactions on Human-Robot Interaction (2018-2021).